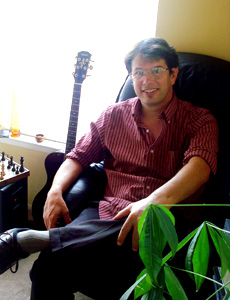 I first started tutoring as an undergraduate student hired by my fellow students for a class we were mutually taking. It had started as a study group, but I became disenchanted when nobody but me showed up prepared for our meetings. After leaving the group, they encouraged me to come back with an offer of pay. I accepted and the arrangement was mutually beneficial for all.

After a stint in a key technical role in a venture capital manufacturing start-up, I entered graduate school with a focus on applied mathematics. There I found employment in the campus tutoring center where one is required to tutor as many as ten different students from various math classes at once. I received training at the university on a variety of approaches to tutoring students with so-called learning disabilities. My approach became even more focused on not so much dispensing the material as bringing the material to where the student was, in an academic sense. At this lab I acquired many private clients who were willing to hire me outside of the lab so they could have my undivided attention.

As I finished my thesis, which took a while as I had 100,000 computer run-time hours of model data, which amounted to 60 Gigs, to analyze; I began tutoring part-time in Marin to help pay the bills while I toiled on my project. I was met with immediate success, which has forestalled my career in mathematical modeling, and have been helping students in Marin every since.